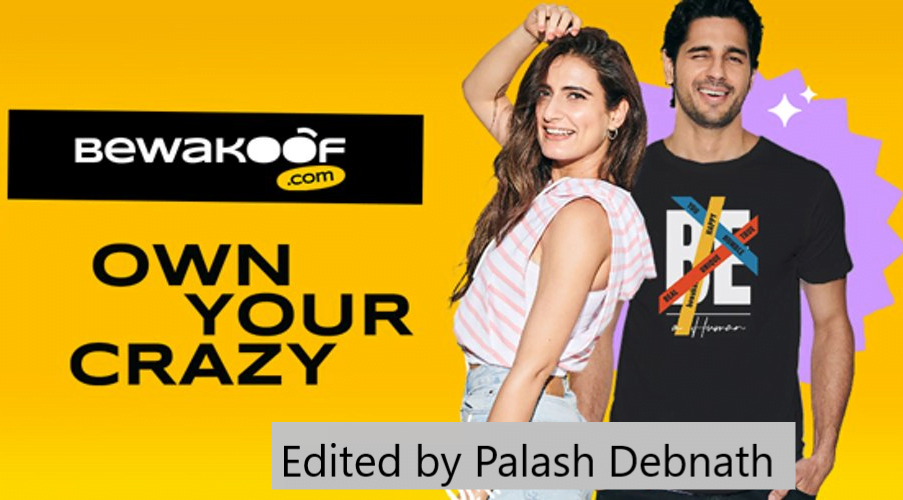 Today we will going be to talk about an interesting sound name company called “Bewakoof.com”. This company is started by two IITian in 1st April 2012.

In this aricle we will understand how a domain name company business grew so much that it became a big player in Ecommerce sector. We will also know what is their business model and how they became so profitable in such a short span of time.

Work according to the need of customer

One of their founders wrote the name “Bewakoof.com” in their t-shirt with an interesting design. He went to the college with the same shirt. Surprisingly all of his college mates liked the t-shirt so much that they ordered the shirt from the founder.

After getting initial success, they invested 30 thousand rupees and installed a stall in college campus. They became sold out in some days. Then they understood they had a huge potential especially among the school and college students.

Thus they found this small niche. They decided to focus on this particular niche of people. They started to make custom printed t shirts, bags mobile covers and even masks after the pandemic.

They knew if they did everything, that will cost huge for their company which may be unbearable and tough to manage after sometime. So they avoided self-manufacturing and outsource as much as possible. Now they did not make shirts, they only create the customized designs on them.

For this they did not need huge capital or fixed asset cost. Rather than they generated huge amount of profit. They scale up their business very quickly after that.

Analysis of Consumer psychology and behaviour

They carefully observed and noticed carefully the school and college boys and girls. They found that these age group people want to wear standout outfit or funky looking t shirts with abusive or movie dialogues. They design and presented their products keeping these things in mind and served accordingly.

They found there are few players in this market group to fulfil the desire. They filled up the gap. They generated yearly 200 crore rupees not surprisingly.

When other companies tried to sell directly their products. But they found teenagers did not interact much with the posts where a model is show casing a shirt. They found these group of people mostly interacted with the memes. So changed their technique of marketing. They started to share meme with their logo. This is called as indirect marketing. In this process at first you involve your customers, then create a trend and then try to sell your products.

They tried to keep their shirt in very competitive price. They sell good quality products in about 250 rupees. They managed to keep their price so low by bulk purchasing from the manufacturer. Then they do digital painting on it. As their products are very trendy, so there is high chance to sell more products. Thus they keep their margin and make their products profitable.